Have you ever seen Black Clover? What about Fruits Basket? If you answer “yes!”, you probably already sang two anime openings and one anime ending while you were listening to Vicke Blanka’s voice!

If you aren’t part of anime’s universe, but (or also) is part of LGBTQ+ world and enjoy french movies, you already listened his voice at La Revanche des Crevettes Pailletées, which was released this year.

So, let’s know more about the artist behind the songs Black Catcher, Black Rover e Lucky Ending! And, of course, we can’t forget Changes!

Spoiler? He really wants an offer to perform overseas! Check it out!

We were anxious to interview you! So it’s an honor for us, Suco de Mangá, to have this opportunity! We are going to talk about a lot of things! Are you ready?

Recently, besides your new album (that is really amazing!) you released the music Changes, that is the theme song in a french movie, La Revanche des Crevettes Pailletées.

You shout your heart out in this song, and it’s almost impossible not to cry or have goosebumps listening to your voice. Wow, it was so breathtaking because you really put all your emotions in it! And we really believe that, somehow, the LGBTQ+ community could relate with “Changes” melody and lyrics.

How do you think “Changes” relates to the movie and its message?

This song was made as a result of the resonance between the message of the film and my thoughts. I hope the song is close to the film.

How was the production process of this song? Talk a bit more about this since the moment you were chosen, please.

This production was decided after the two directors found me. I was very happy to hear from them, “This film depicts diversity, and an artist like you who can create diverse music would be suitable.” After that, I decided on the tempo, listened to what the two directors thought, and the song came together naturally.

The MV has religious elements. Why? Explain the concept, please.

There is actually no religious concept at all. Sometimes, religion can be the opposite of diversity in some moments.

However, I think we all want to change, and no matter how successful, people think there is always the more idealistic version of themselves. I also think that when you reach a level where you can’t control using your own efforts, that is where religion comes in.

As we said before, “Changes” is a really emotional song capable of taking our air away. And we can believe that the LGBTQ+ community, mixing the emotions of the movie and music theme, can feel the message in a more emotional way. How do you feel about that?

I think it is very natural to feel like that. The two directors were right about choosing me, and the song that came out of a heartfelt discussion among the three of us, couldn’t have been less than wonderful.

Your new album “BEST ALBUM SUPERVILLAIN” is celebrating the 5th anniversary of your major debut and your fans participated in voting on which songs would be there. And we think it was a genial decision!

Please, talk about your new album! Introduce it to your international fans and let us know how the process was from the idea until its release. 🙂

I felt it was really meaningful to let the fans select my songs. I am very happy to be closer to the fans at this point in time, which is five years after my major debut.

It also includes new songs. I just didn’t want to make a greatest hits album that traces back history. Don’t you think there is more value to it when it contains the most recent songs?

Five years is a long time and, as we can see, you have been working really hard! You have your music as a theme in Black Clover (twice!) and Fruits Basket. And we have to say: Anime is something really well known in Brazil, and people go crazy when they hear Black Rover and (especially) Black Catcher.

Tell us how you feel having your music as opening theme songs in Anime, which is an art that really represents Japan worldwide, especially in Brazil. 🙂

I was happy to be part of the anime culture which I am proud of. I also know that people in Brazil are listening to my music. Nowadays, with Spotify, we know what people from each country listen to. I am surprised at my popularity in South America, and I really appreciate it. Can someone give me an offer to perform at concerts soon? I’m always up for it!

Talking about Brazil… Do you have intentions in promoting here?

It’s on the other side of the world. LOL

There is a physical distance, but we are ready to fly as long as we get an offer. Please don’t hesitate to make us an offer.

August is closer than we imagine, and time keeps passing by really fast. You are going to start a tour in Japan, right? Maybe the international fans are really jealous about that, haha.

What are your expectations about the tour?

This tour will be different from the previous ones because it’s a self-naming tour.

What can fans expect?

I like to surprise people. I am confident that when the performance is over, fans will shout, “Don’t let it end!”

How do you feel knowing you are going to hold your fist arena performance in october?

When the venue is larger, there is more that we can do. It is very exciting to be able to utilize all of our ideas.

Maybe… By any chance, are you preparing something for international fans?

This is a fact that I recently learned –because Japanese people don’t speak English, they tend to turn down those few offers they get from overseas. But please don’t worry. I can speak English, and I love to interact with different cultures. So I will say this again and again, please give me an offer. I will fly to your place. Let’s have a great time together. After the concert, eating local food and having drinks with all the fans would be nice.

Now, let’s talk about you! Here, in Brazil, your music is well known, but we have little information about you in our language. Now, we have the opportunity to talk about you as a person and as an artist a little more. Are you ready? Let’s go! 😀

Who was Vicke Blanka before the debut?

Hahaha. I have always loved to stand out and have fun, and I was freely in love. Before my debut, I spent time leisurely making music that I wanted to make. A label just happened to find me, and here I am. I am grateful. To sum it up, I feel like I’ve been living freely like a cloud. I guess I will continue to do so.

How was the beginning of your career?

I uploaded music to the internet. Four days later, I got a contract with a label. Really lucky, right?

What was/is the most memorable moment and the most challenging moment of your career?

The Shanghai show was really memorable. It was also my birthday concert. I remember how moved I was.

The challenging moment was on this one tour. Because of the pandemic, only half the number of people were allowed to enter the hall. But the tickets were already sold out, so we had a tour of five shows where I performed two full sets of concerts in a row in one day. That was really tough. Even now, I wonder how I didn’t ruin my throat. It’s the power of “chakras.”

If you had to introduce your music to someone that doesn’t know your sound, what music would it be and why?

I would like them to listen to Black Rover and Black Catcher. That will solve it. We could connect right after.

Do you have artists or/and anything else which inspires you? Who/what?

LiSA, who is the same age and a good friend, always inspires me.

Technically speaking, how is the creation process of your music?

I love learning new production know-how. I go on YouTube to learn how to use new plugins. I want to get better at it.

What’s your expectations about your career for the next few years?

I would like to live a life that takes me all over the world. To do that, (I’ll say this again and again) I need your offer. Please don’t hesitate to make us an offer.

To finish the interview, let’s talk about yourself. The person beyond the artist we see! 😉

If you weren’t an artist, what would you be?

I can’t think of what else I would be because I decided to be a musician when I was in elementary school, but the teacher at that time told me, “You’re a good advocate, be a lawyer.” LOL

In your free time, what do you enjoy doing?

Anime or video games. Lately, I’ve been playing Apex Legends and Valorant. In Apex, I use Wattson or Valkyrie. If you ever find a turbocharger, make sure you give it to me.

What music/series/anime/movie would you suggest to your fans? Why?

The song called “Mela!” by Green Yellow Society is awesome. They are a band that I am close with. Please listen and check it out.

Maybe Sushi. You too?

We hope you will be here someday! When it happens, what do you want to do here?

Actually, my relatives on my mother’s side have deep ties to Brazil. My great-grandfather and great-grandmother lived in Brazil, and my aunt lived in Brazil and had a husband named Carlos. They came to visit Japan from time to time. It’s the country of my roots. It’s a country I have always wanted to set my foot in. So I’ll say it again and again! I’m open to offers! I can perform anywhere, and I’ll promise that I can make it fun.

If you could travel back 20 years ago, what would you say to yourself?

Stay the same. Don’t lose to anyone, I guess.

Thinking about you and your trajectory, look inside yourself and answer: is today’s Vicke Blanka living the fullest?

At the present moment, what’s your main dream?

Please, send a message to your international fans!

Hey, it’s me. I sincerely hope to see you soon. I’m open to offers. Let’s have the best time then!

Well, this is the end! We hope you had a good time answering this interview. Thanks for the opportunity! See you in Brazil someday! 😀 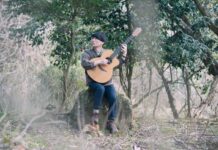 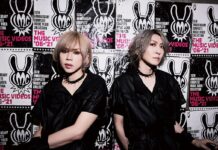 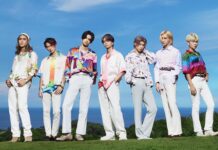 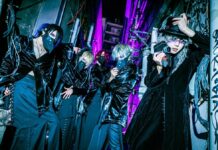 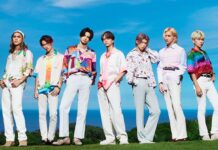 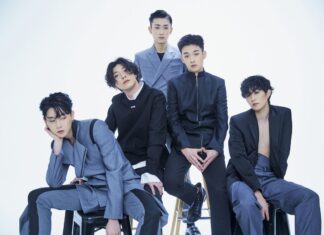 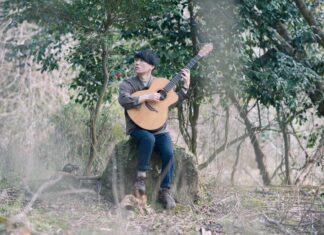 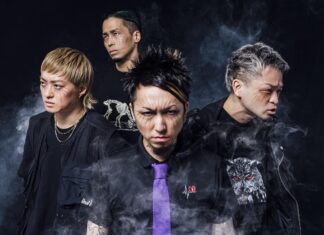 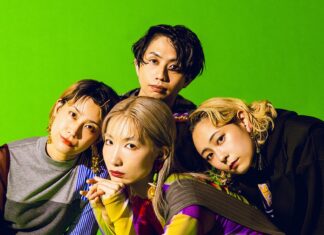 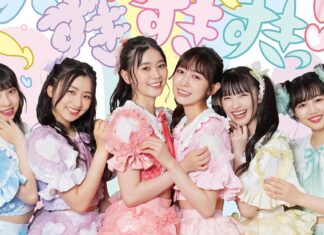